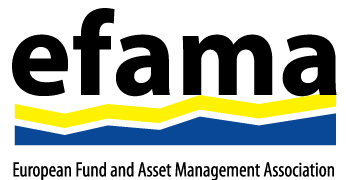 It is my great pleasure to invite you on behalf of the hosting Romanian Association of Asset Managers (AAF) to the forthcoming EFAMA Annual General Meeting 2014 which will be held in the sunny city of Bucharest, on June 12-14, 2014.

It is worth mentioning that in 2014, EFAMA is celebrating 40 years since the establishment of its predecessor and we, the members of AAF, are very honored to host this event along with our anniversary of the first five years since becoming a full member.

This year’s AGM will be followed by a Roundtable featuring important decision makers that shape public policies, with a view to reinforcing Romania’s development as an emerging market.

We envisage giving many of you that are coming for the first time to Romania, on this occasion, the chance to see, in a short time, some of the most important places for Romanians, from a historical and spiritual perspective.

The hotel where you will stay, Athénée Palace Hilton, is a historic luxury hotel opened in 1914. It was arguably Europe’s most notorious den of spies in the years leading up to World War II, and only slightly less so during the Cold War.

The National Museum of Arts of Romania, where we will have the Gala Dinner on June 12 (The Throne Hall) is the largest art museum in Romania, home to the most important and comprehensive Romanian and European art collection in the country, displayed in two permanent galleries: the National Gallery (which includes the Romanian Medieval Art Gallery and the Romanian Modern Art Gallery) and the European Art Gallery and was set up in 1948 in the former Royal Palace, the winter residence of King Carol I of Romania (1866 – 1914), the founder of modern Romania.

The Central University Library, where we will organize the EFAMA Management Board meeting and the Presidents breakfast, was inaugurated by King Carol I, along with the University Foundation “Carol I”. For 50 years, the University Foundation assumed its mission to contribute to the formation of the intellectual elite, particularly through subsidies, encouraging awards, scholarships given to the research students and by printing their most important works, graduate or doctoral theses.

On Saturday, we will explore the beauty of the Romanian landscape on the way to the Carpathian mountains, where we will visit the famous Peles Castle in Sinaia, the summer residence of the kings of Romania. The castle was built at the wish of King Carol I, born von Hohenzollern-Sigmaringen, who is still regarded as the most beloved Romanian and the most respected head of state, one hundred years away from his death.

I look forward to living with you the experience of a few days of intense sharing of views and knowledge, as well as rewarding inquiries into our traditional spirituality and vibrant business opportunities of today.