The main developments in October 2016 can be summarized as follows:

Despite anemic net sales of equity funds since January 2016, UCITS continued to attract robust new investment in October thanks to net inflows into bond, money market and multi-assets funds. 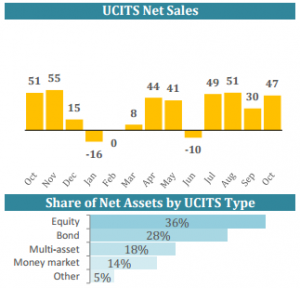